Japan passes economic security bill: What are the implications? 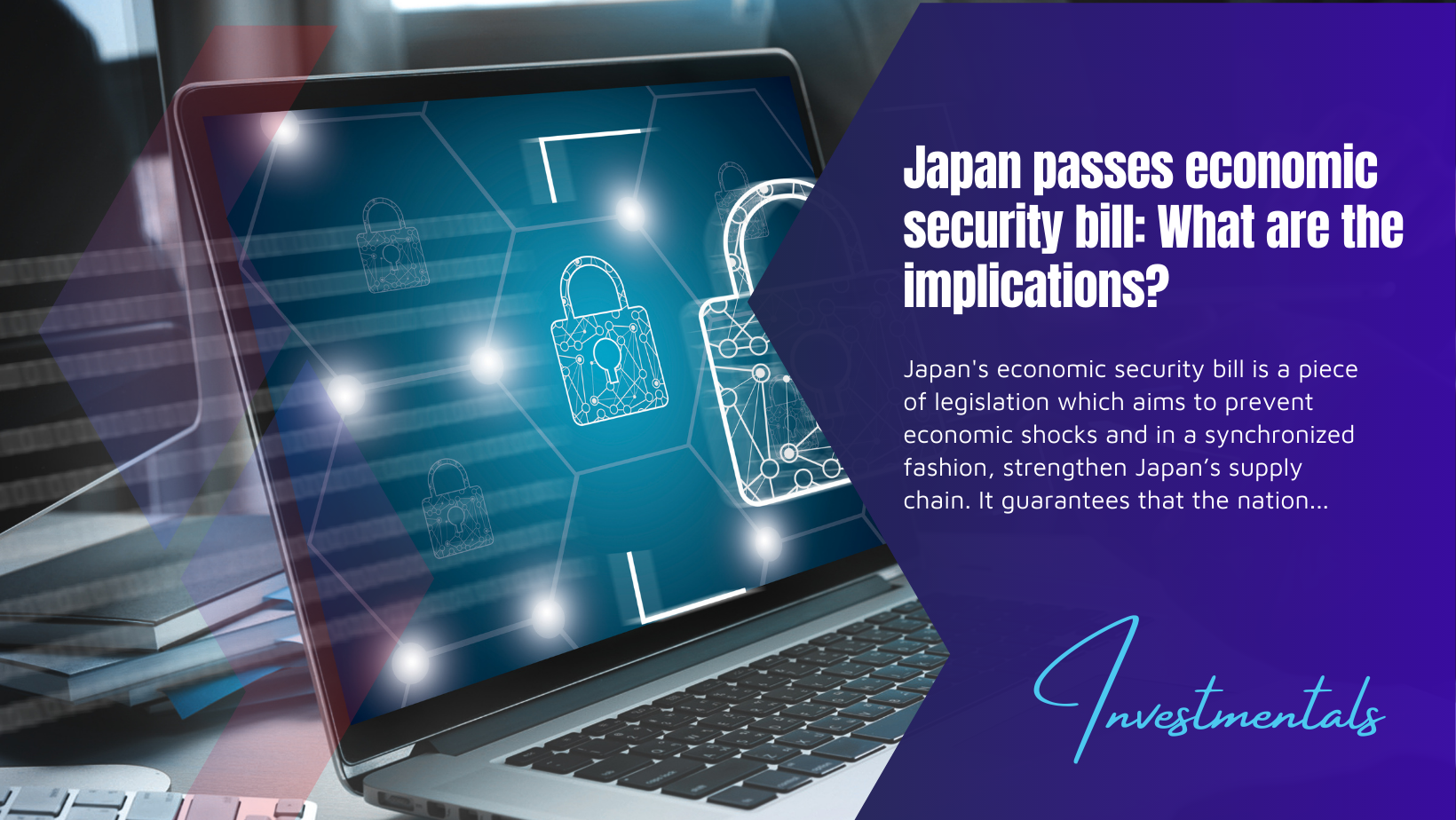 Japan’s economic security bill is a piece of legislation that aims to prevent economic shocks and in a synchronized fashion, strengthen Japan’s supply chain. It guarantees that the nation will not suffer any disruptions if one of its critical supply chains fails.

Japan has suffered many wide-ranging disruptions caused either due to natural disasters or by human error during the past decade. As such, Japan’s economy has been impacted, with many firms facing losses and others being unable to scale up production as intended.

What are the Implications of this Bill?

According to the bill, measures in the legislation will be implemented over two years once it is enacted. Reuters writes such measures are primarily aimed at warding off risks from China. It has come after the United States imposed restrictions on technology imports, such as semiconductors, amid growing tension with Beijing.

The new law has also come due to the Russian invasion of Ukraine. Moscow calls its actions “a special operation” and it adds pressure on Japan to do more to protect supply chains and infrastructure from hacking and cyberattacks, and ensure that technology critical to national security is not stolen.

The economic security law is expected to give the government power to order companies to notify it of software updates and vet some equipment procurement in 14 industries, including energy, water supply, information technology, finance, and transportation.

From the legislation, companies are also provided subsidies to help them strengthen supply chains against disruption such as shortages of components shipped from overseas. The law further establishes a system for government officials to make on-site inspections at firms.

The new security mechanism it sets out has also promised government money for research and development into key technologies deemed important for economic security.

The legislation also establishes a system of secret patents kept within Japan to ensure technological breakthroughs are not used by other countries to develop nuclear weapons or other military equipment.

The law not only calls for the government’s support in the private sector, but it also stipulates imprisonment of up to two years or a maximum fine of ¥1 million for those who leak undisclosed patent information.

Moreover, a nonbinding resolution was added to the bill. It states that the independence of business activities should be respected.