Is there limited amount of bitcoin? 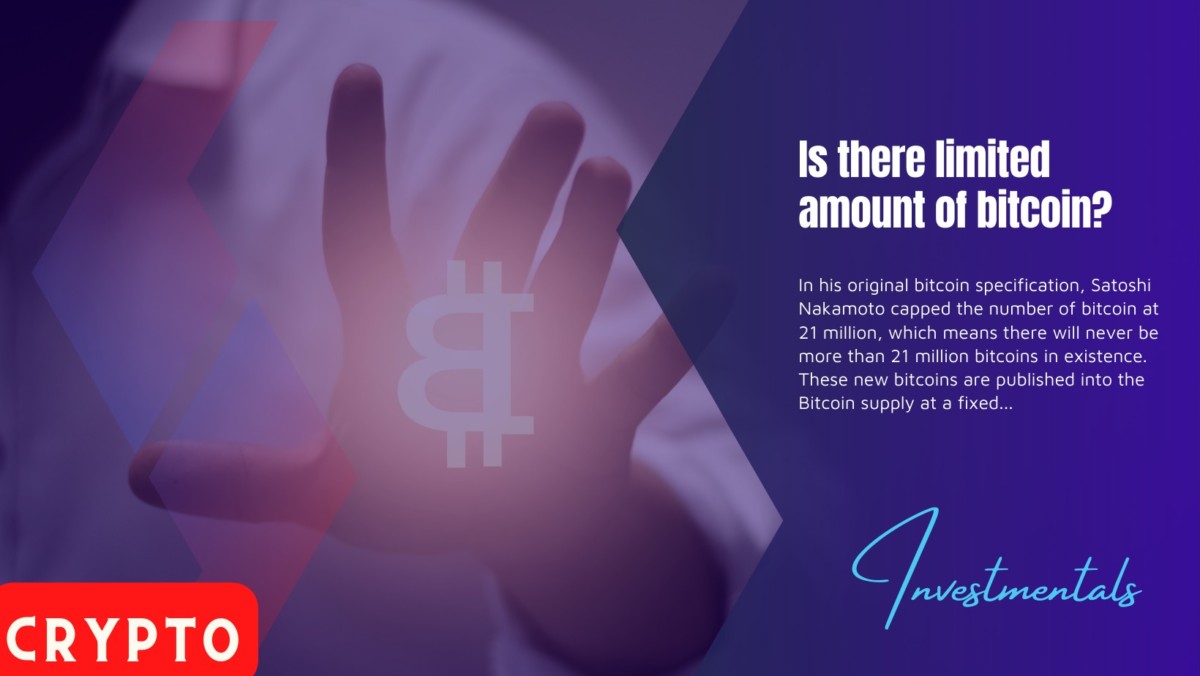 In his original bitcoin specification, Satoshi Nakamoto capped the number of bitcoin at 21 million, which means there will never be more than 21 million bitcoins in existence. These new bitcoins are published into the Bitcoin supply at a fixed rate of one every ten minutes.

As a rule of thumb, rarer something is, the higher its value; increasing demand meets limited supply to make for sky-high prices. Thus, an elusive figure known as none other than Satoshi Nakamoto made sure that there is a limited amount of Bitcoin in existence. The creator pitched the blockchain-based solution as a possible store of value and has since disappeared without a trace.

The economic incentives for various actors in the Bitcoin ecosystem, such as miners and traders, will change as Bitcoin reaches its limitations of supply. We might expect miners to rely less on block rewards and more on transaction fees as Bitcoin’s supply approaches its capped limit. Additionally, the cryptocurrency network will change and its participants will vary from the retail traders populating its current ecosystem.

Will Bitcoin Ever Reach the 21 Million limit?

It might be worthwhile to pause before discussing Bitcoin’s 21 million cap and whether it will ever reach that figure. Based on the cryptocurrency’s current codebase and mining process, some analysts believe Bitcoin may just fall short.

How Many Bitcoins are Lost Till Now?

According to one estimate, there are approximately 3-5 million bitcoins lost forever. Knowing the exact number is impossible since a lost bitcoin looks identical on the blockchain to a bitcoin that does not exist.

If the Bitcoins were lost, we can make some educated guesses by analyzing the length of time the Bitcoins have sat in the address unmoved.

What Happens When All 21 Million Bitcoin Are Mined?

As a result of Bitcoin failing to reach its planned cap, the cryptocurrency’s network may be able to continue functioning for quite a while after 2140. The Bitcoin network may function as a closed economy, with transaction fees assessed much like taxes. There will be no bitcoins issued, but transactions are confirmed, and fees will become the primary source of revenue.

Also read: Why people trust crypto despite being unregulated?

What happens when supply runs out?

Bitcoin enthusiasts will have excitement about this because once they generate all the coins, there will be no more BTC to mine.

An increase in Bitcoin’s supply will only be possible if we alter its protocol to allow more supply. However, there are no confirmed plans to increase Bitcoin’s maximum cap despite its prominence in the crypto world for years.

Therefore, it’s safe to assume that Bitcoin’s supply will remain at 21 million BTC.

Why is there a limited amount of bitcoin?

Having a limited amount of bitcoin means that people can use it as a currency rather than a transmission chit, resulting in deflation. In classical macroeconomics, people consider deflation to be bad because of the usual causes.

In addition, it appears to remove incentives for risky investment and discourage spending, causing long held notions of an inflationary economy to be challenged.

Economists are now revisiting these long held notions. Some are claiming that deflation driven by a capped money supply benefits society, individuals and even governments. It propels savings, yet it does not cut off the flow of output.

When will Bitcoin reach its limits?

The question of when Bitcoin reaches its maximum limit isn’t easy, but many crypto geeks believe the last bitcoin will be mined by October 8, 2140, if the mining power remains the same as when the first block was mined.

As the amount of Bitcoin has limit, Bitcoin cap is inevitable, no matter how much time it takes. According to some, Bitcoin will be highly stabilized if it remains used as a currency; and continues to perform similar functions to fiat money.

The price of gold will peak once all the gold is mined. And the price will never fall again as no more gold can be created. Why shouldn’t the same thing happen with Bitcoin? All we can do is wait and see.