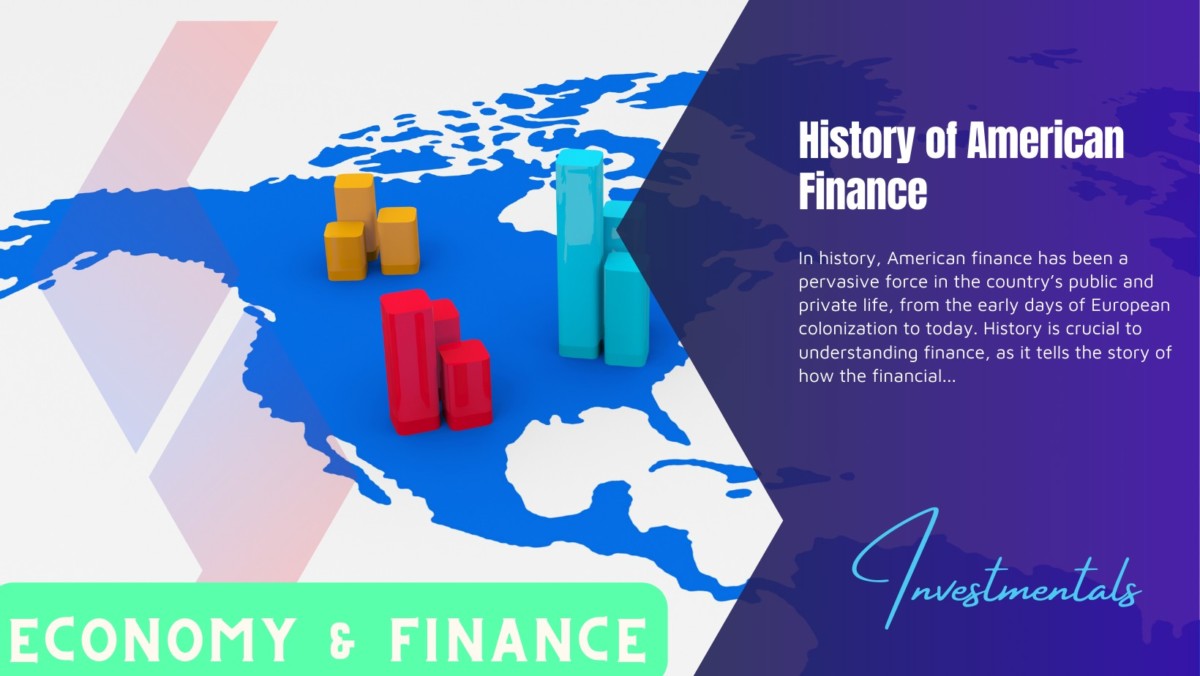 In history, American finance has been a pervasive force in the country’s public and private life, from the early days of European colonization to today. History is crucial to understanding finance, as it tells the story of how the financial system developed over time and why it functions as it does.

In this post we’ll take a look at American finance throughout its history, from pre-Revolutionary times through present day. We’ll explore everything from corruption in colonial America all the way up to Bernie Madoff taking investors for billions of dollars.

The history of American Finance

Financial life in the American colonies was dominated by a strong mercantilist ethos. This meant that the colonists were expected to accumulate gold, silver and other precious metals through profitable trade with the mother country. The main currency in terms of international trade throughout most of this era was the Spanish Dollar; it was both because it was minted all over the New World and because Spain didn’t put its own stamp on it.

Finance in colonial America relied heavily on barter, since most settlers couldn’t do much with cash at first. Because of this lack of hard currency there was a very important role for financial institutions like banks to arise in order to facilitate exchange, but they came much later than in Europe and Britain specifically. It was only after the War of Independence in 1776 that the first banks were founded.

The period of American history from 1776 to 1914 is sometimes called the “Laissez-Faire Era”, usually with a negative connotation. It was marked by heavy government regulation of business and finance, and an aversion to world trade. While these regulations were largely done away with during the Progressive Era and following decades, this period laid the groundwork for most financial institutions we know today, like investment banks and brokerage firms.

Read: All you need to know about ‘refinance student loan in 2022’

This period saw a huge expansion in capital markets throughout America. Many blue chip companies got their start during this time, including major stock exchange members such as General Electric and AT&T. International trade and capital flows were booming, most notably through the creation of new financial innovations like railroad bonds, which were the first long term debt instruments.

This period saw a massive expansion in the stock market and trading in general, as well as investment banking. Wall Street became “Wall Street” — home to some of America’s most influential banks and brokerage houses.

It was during this time that Robert P. Porter published his famous “One Hundred Years of Banking” (1900), which was a milestone in American economic history. It described the development of American Banking from colonial times to 1900 and how political developments such as war and legislation shaped it among other things.

The stock market crash of 1929 is often regarded as the beginning of the Great Depression. It was also a highly significant period in American history. It was because it marked an end to the great expansion in finance and investment banking. Many of the most powerful firms on Wall Street went belly up, including J.P. Morgan & Co and Dillon Read, which went bankrupt due to the massive losses from the crash.

The New Deal was a massive public works project that attempted to repair some of the damage from the Great Depression. It included bank reforms at President Roosevelt’s insistence. Banks were required to be founded as Federal Reserve member banks and adhere to the newly implemented Glass Steagall Act, which restricted commercial and investment banking activities.

The post WWII period is often referred to as the “Golden Age of Capitalism”. AT that time, America was a dominant superpower and capitalism flourished. Innovation in finance boomed, with the introduction of new financial products like mutual funds and stocks options, not to mention credit cards and corporate bonds. American Finance became increasingly complex until it paved way for the derivative instruments that led up to the 2008 bubble.

The 2008 Financial Crisis is a watershed moment in American history. It marks the end of an era, both economically and politically. It was also a culmination of bad financial decisions and circumstances, coupled with a general feeling that the American Dream was over.

The period following the crisis has seen a massive overhaul to many aspects of financial regulation in the US. Wall Street especially is experiencing an identity crisis, and very few firms survived the crash unscathed. Risk is being re-priced as we speak, but it remains to be seen if this will be enough to prevent another bubble from inflating, or if an entirely new system needs to be put into place.

2) Why did Roosevelt launch the New Deal?

3) What is Glass-Steagall Act? What was its significance?

4) Why is Glass-Steagall Act preserved in Dodd Frank Act?

5) What were the effects of the Great Depression on American Economy?